The other week I went to the Brooklyn Bloggers meetup at the Bell House with my friend Laura of the blog Eating the Beats. It was my first time going to an event consciously as a “blogger,” and despite having written on Killerfemme for the past few years I’ve been hesitant to really identify as being a blogger versus simply being a person who has a blog. All told, the Brooklyn Blog meetup was fun. I talked to bloggers who write about New York nachos, tech and gadgets from a girl’s perspective, writers for Broeklyn, and a brave young woman who writes about being broke and navigating New York’s dating scene. It was nice to hear people’s interesting ideas and find out about how they are crafting their blogs. However, I also feel like I’ve come to blogging too late to really get into it without seeing the bold commercialism that is behind so many blogs now. That’s not necessarily a bad thing, but blogs are often seen as a means to another end, which is fine, if that’s your goal. While I too would love a book contract and/or a regular byline, I don’t necessarily think my personal blog will be my ticket to my dreams as a writer.

Mostly I feel like I haven’t found my blogging “community” yet. Perhaps it’s because of the vastness of the blogosphere (if we can even call it that anymore), but I don’t feel like I’ve found bloggers who share my ideas, values and aesthetics. In fact, most of the blogs I read are in French. While I thoroughly enjoy those blogs, it’s hard to connect with those writers when I write in a different language, even if I comment on their entries en francais.

This made me think back to when I started making my personal zine Induglence in 1998. When I first encountered zines I knew immediately that I would make one myself. The concept of publishing one’s own personal writing made sense to me innately, especially as a teenager, because I knew that I could not expect anyone else to publish my work. Perhaps because I knew exactly the kind of writers I wanted to connect with—I would describe them loosely as young feminists interested in art, queer politics, and music—it was easier for me to immerse myself in the zine community. I felt like over the course of two or so years I was able to build up an audience for my zine and also a network of close friends, penpals and fellow zinesters that I felt I shared something in common with. My connection to and beleif in the power of the zine network extended into helping found the Portland Zine Symposium in 2001. It continues to resonate into my adult life because some of my closest friends (and neighbors) are women I met through zines over 10 years ago.

Perhaps its because I have close friends now that I don’t feel the same urgency to seek out people to connect with through blogs. However, I also feel like I am writing in a vacuum, and some days that makes me wonder if I should even continue to bother with this blog. Keeping a blog (and keeping it up more regularly and diligently) has reminded me about the whole reason I started making zines and keeping a blog to begin with: to write. Being a writer has been my dream ever since I was a little girl and it is something I am determined to make a reality in my thirties. I know it’s harder now than ever to distinguish oneself, one’s voice, one’s ideas, and one’s blog (especially if I don’t have hundreds of dollars and hours to sink into the design and hosting of it), but I also feel like its much easier for me to find opportunities to publish and connect with wider audiences nowadays. For me, I feel like blogging and writing for other web-based publications holds a lot of promise. We’ll see what the future will bring. 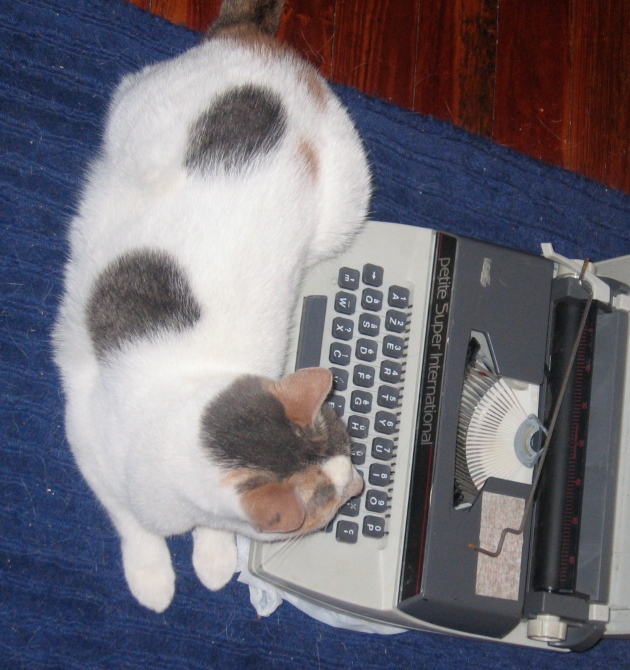 Hopefully in the next decade I'll be able to write a better novel than Ida the cat.