Of course it happens every year. I look back over the course of the past twelve months and think, “What, I’m back here already?” 2014 was quite the year for me with new opportunities, unexpected detours and of course a few road blocks on the path of my life. In some areas (especially for me right now professionally) possibilities seem to be opening or evolving, but of course nothing in life is smooth sailing, and while I’ve found some of what I hoped for and sought after I also felt like many things fell short or flat. In summary, it’s been another year of my life and I wanted to share the some of the highlights of the past twelve months with you. 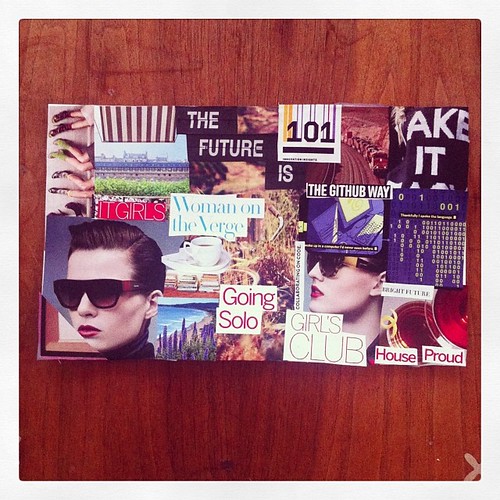 I kicked off 2014 by making a vision board that summarized what I envisioned for myself in the year ahead: technology, travel (to France), and cultivating a no-nonsense sense of style and self possession. Looking over it now, it’s amazing to see how much of this did materialize. 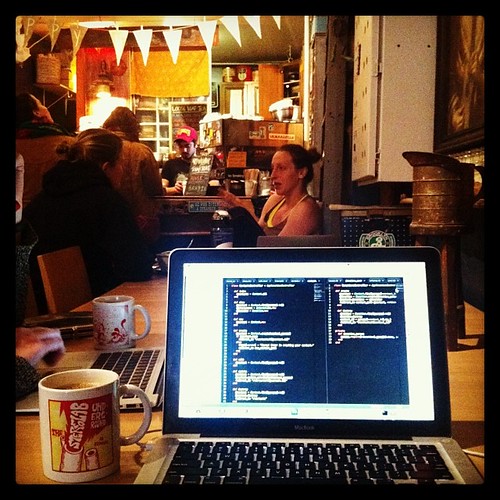 I spent the first two months of the year mired in code and learned the basics of the Ruby on Rails programming language. While now my programming skills are pretty rusty, my taste of code was enough to kick off a career change and orient myself towards technical applications of my interest in creative entrepreneurship. 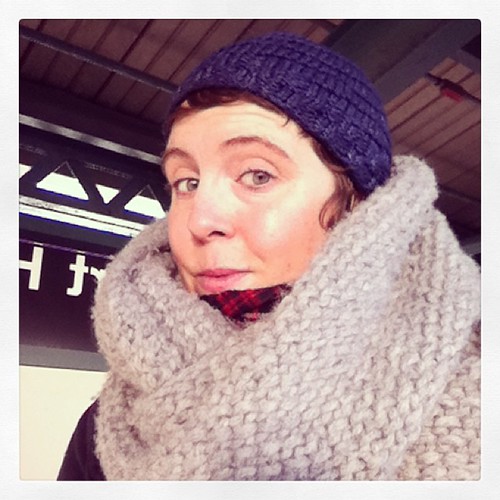 Winter 2014 was terrible in NYC. It was a never ending parade of ice, snow and below freezing temperatures. Note the two scarves in the photo above. 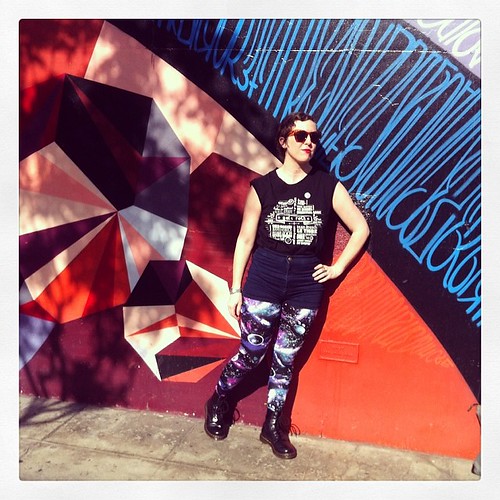 I escaped the crushing NYC winter for a trip to LA that was focused around the LA Zine Fest. I got to hang out with my friend Meredith, who I met through zines and music over a decade ago in Portland, Oregon. 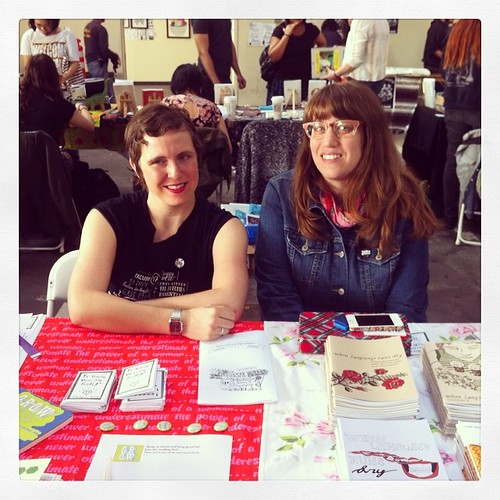 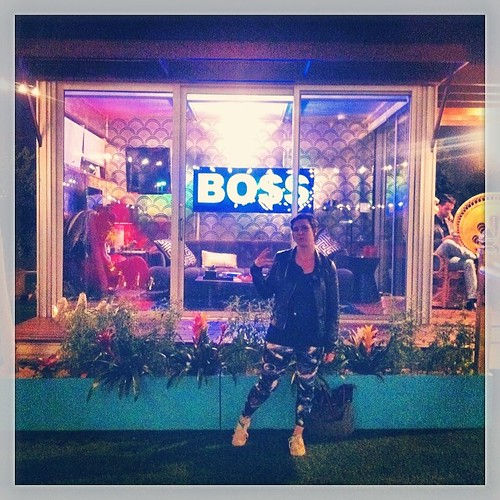 My escape from the NYC winter continued with ten days in Austin for SxSW where I managed to speak on three panels at the Film, Interactive, and Music festivals and generally bummed around Austin seeing friends from all over, eating breakfast tacos, drinking free alcohol and riding a borrowed cruiser bike around like a boss. 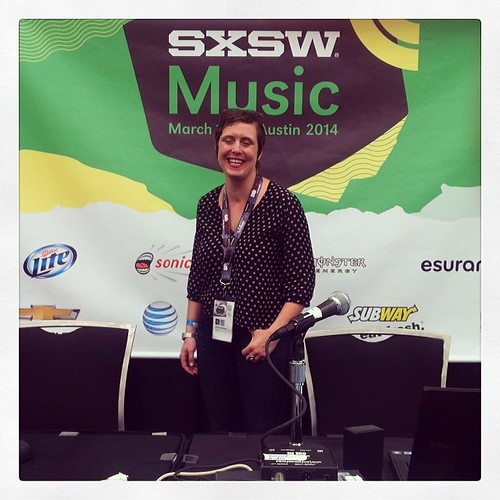 I had barely touched down from Austin and recovered from my ten day Tex-Mex hangover when I started my job on the Community team at Shapeways, a 3D printing service and marketplace. Thus began my introduction to the wonderful world of 3D printing and design, as well as some of the nicest and hardest working colleagues in the business. 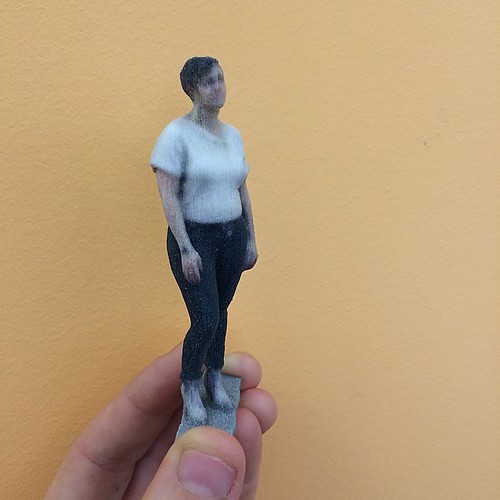 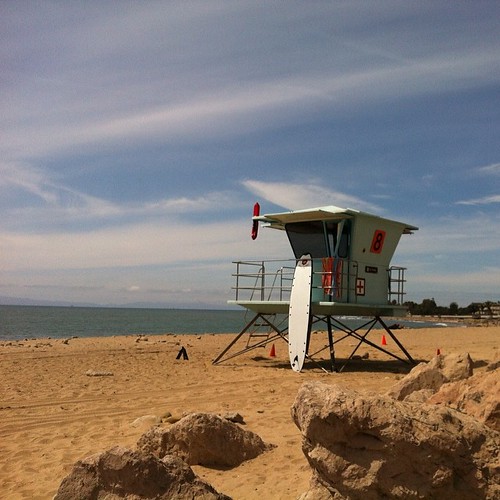 With winter still lingering into spring I snuck away, yet again, to Southern California to present at the Craftcation conference and to talk about the themes of goal setting and budgeting from my book Grow. I also got to meet some of my crafty, entrepreneurial inspirations, like Michelle Ward and Kari Chapin, and spend more time with my friends KC and Sharon, the masterminds behind the Academy of Handmade.

At Craftcation with the amazing Michelle Ward 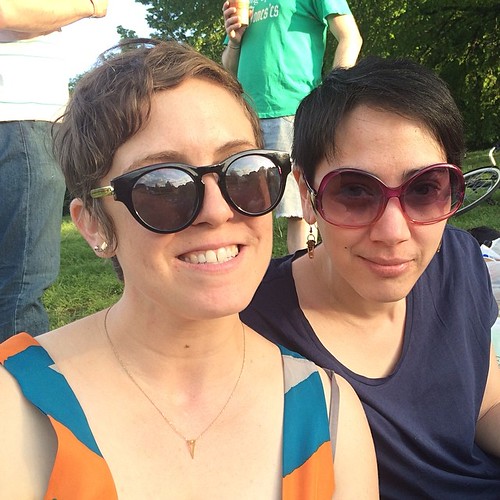 For the 13th year in a row I celebrated my birthday with my Gemini twin Lauren and our amazing group of friends in Brooklyn. I also spent time at the NYC Popfest and the Northside Festival, leading me to coin the term “friend rock” or “young lifers” – a group of friends in about their 30s who all go to see each others’ bands. We’re not as cool as the young hotshots from Bushwick, but we’re not disconnected from them either. 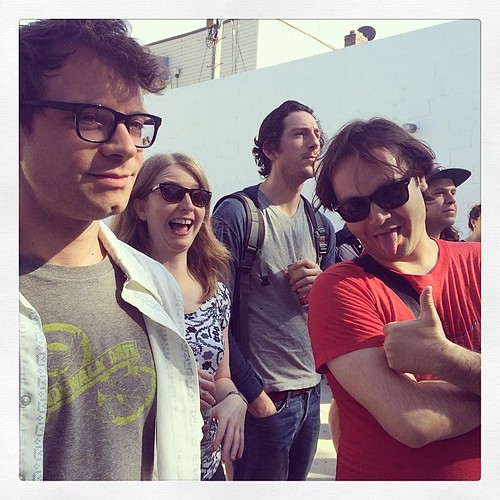 I also go off my duff to compete in the Punk Rope Games and my team, Team Henri for a certain depressed French cat, did not come in last! 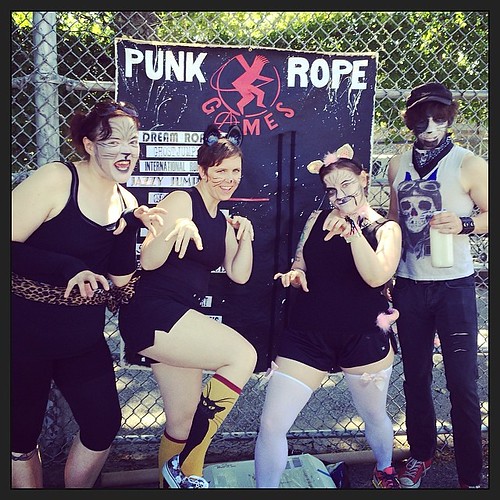 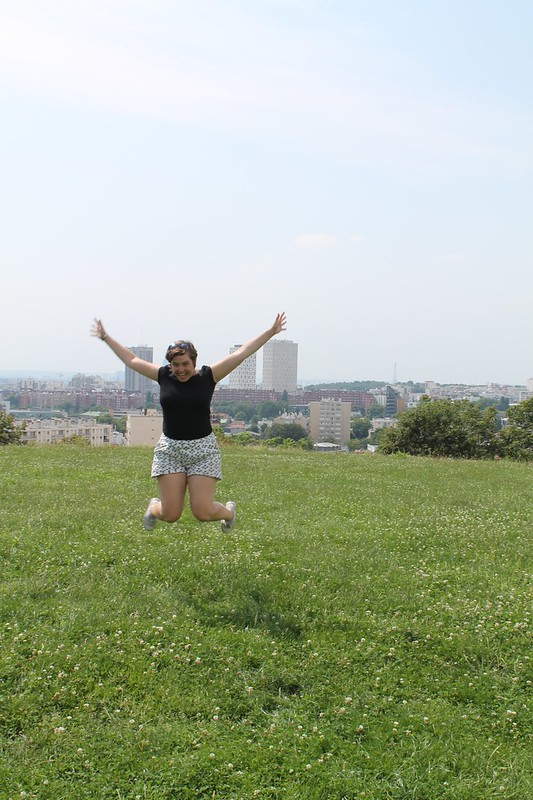 I went to France for nearly two weeks! It was awesome! You can see my full photos of what I saw, where I walked and what I ate and bought on Flickr. 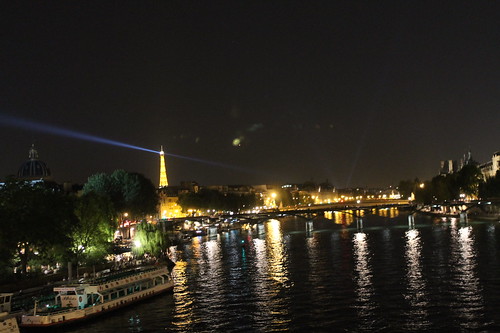 I spent several days walking around Paris seeing friends and my favorite places and then jaunted off to Brittany with my family for a week in the picturesque harbor town of Paimpol. 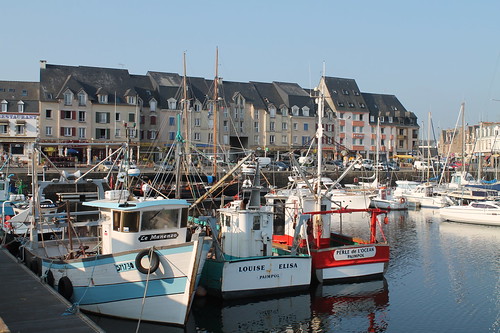 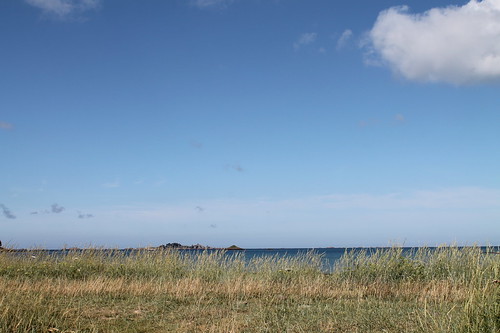 And then back to Paris with my parents to witness the finish of the Tour de France on the Champs Elysees. 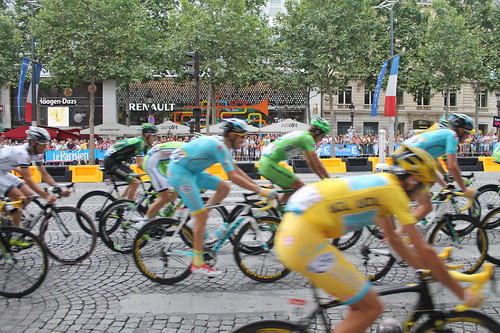 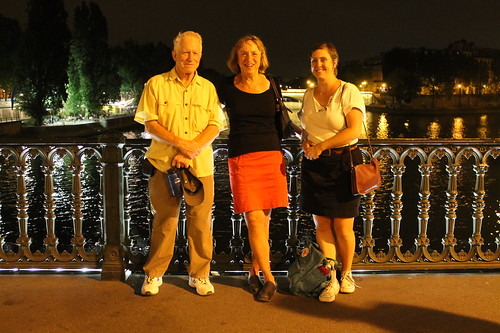 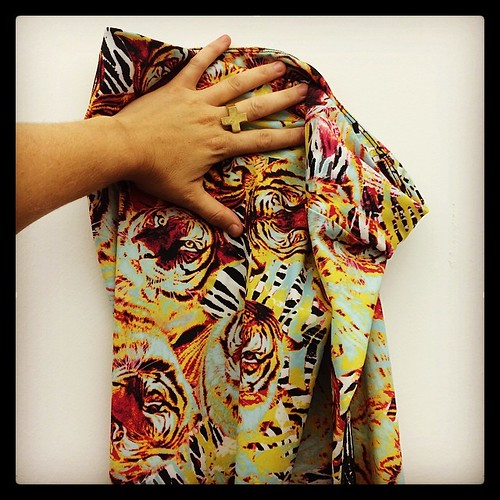 After my French excess of cheese and wine I decided it was time to start a regular yoga practice, which I’m proud to say I’ve kept up at least twice a week since August! These awesome tiger yoga pants help. 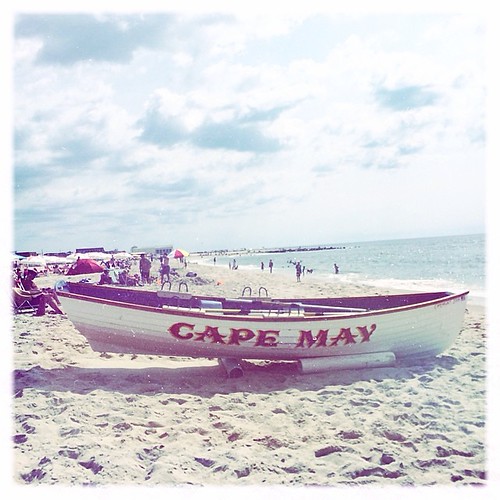 I also spent a weekend in beautiful Cape May New Jersey for the marriage of my niece Heather and her amazing (now wife) Renee!

Rules had our debut show at Cake Shop in early September

My band Rules had our debut show at Cake Shop on the Lower East Side in September and then jumped into recording for the 4 Track Challenge organized by Stephen from The Planes and Hearts Bleed Radio. You can hear the EP we created on Soundcloud. 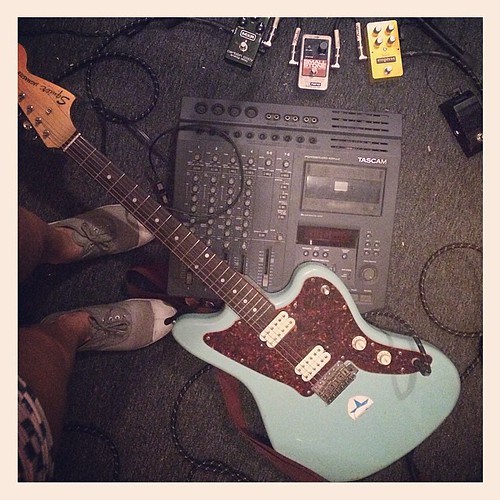 The end of September was unseasonably warm, so I got one final bike ride to Rockaway Beach in, as well as got to indulge in a small feast at Rockaway Taco and hold on to the summer for one final gasp. 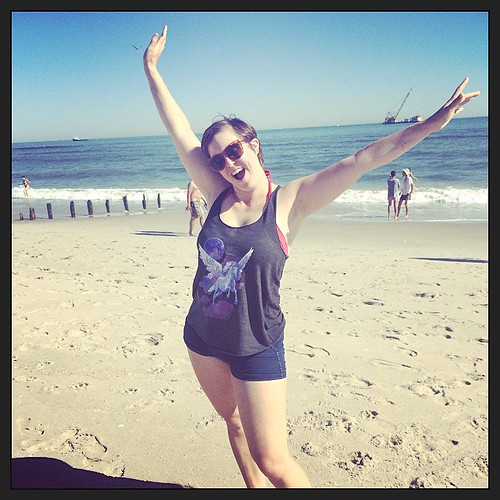 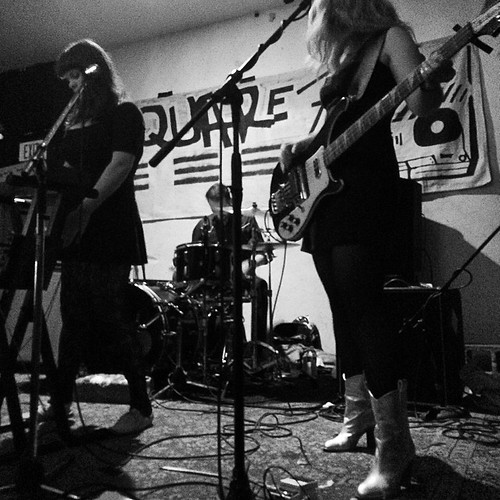 October kicked off with Zerofest, an awesome weekend-long fest celebrating the DIY music scene of Brooklyn that took place in friendly apartments, DIY spaces and low-key clubs all around Bushwick hosted by the ever energetic Jon Mann and Derek Hawkins, the forces behind the great Square Zeros music blog. 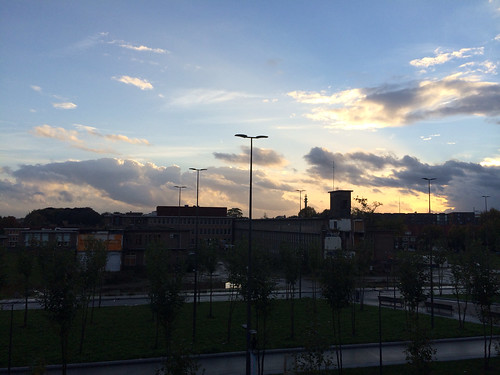 In mid-October I jetted off to Europe again for week-long trip to Eindhoven, in the Netherlands, where I spent most of my time working at Dutch Design Week, eating at Onder de Leidingstraat (below), and celebrating the opening of the new Shapeways factory! 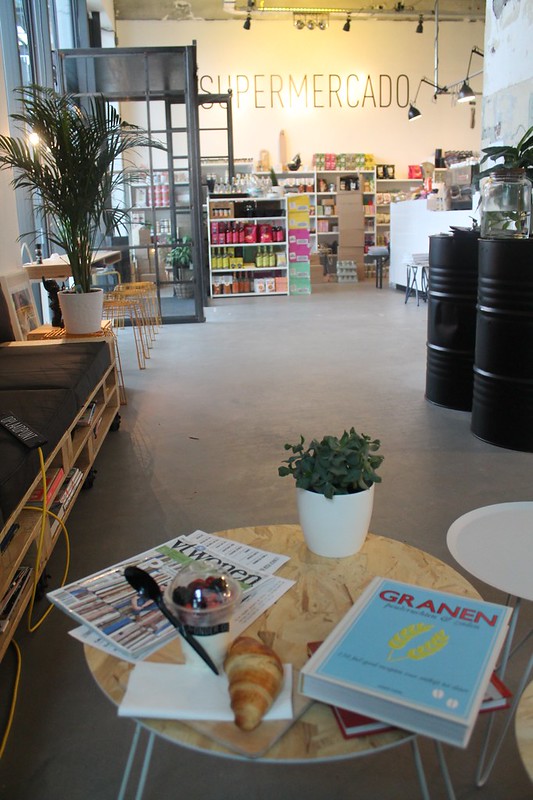 You can see the complete photos from my Eindhoven work adventure on Flickr and read about my recommendations for where to eat, shop and party earlier on this here blog.

Back in the US I managed to organize a one-day conference on building a small business with 3D printing and you can see the complete proceedings on Shapeways’ YouTube channel.
November 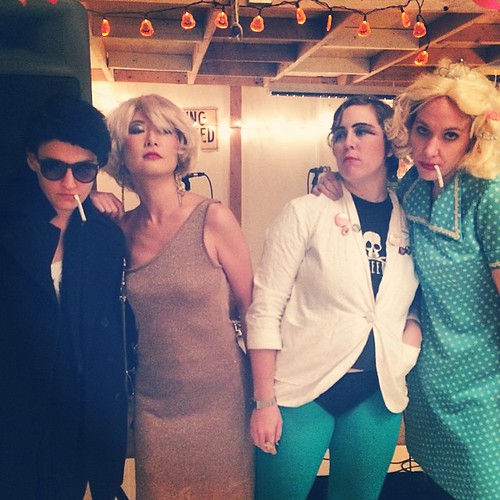 Liz Flyntz as Richard Hell, Amanda B. as Debbie Harry, me as Alice Bag and Marisha C. as Courtney Love at Pet Rescue

And then, Halloween! I collaborated with Brian LaRue at Pet Rescue to put on a Halloween Party that included rockers reading from rockstars memoirs in character and Operation Ivy, Smashing Pumpkins, and Guided by Voices cover bands. It was a magical evening and I hope it will be come an annual event.

My replacement dress for my friend Rachel’s wedding in Durham, NC

I spent a whirlwind few days bouncing from Detroit to Durham, North Carolina where I managed to forget the dress I brought for a friend’s wedding and had to find a quick (and equally beautiful) replacement. I think I succeeded!

Rules squeaked in another show and then I had the luck of seeing all the members of the “Young Lifer/Friend Rock” scene play in a jumble of new bands in the first ever lottery band showcase – so much fun and especially poignant as I just found out that Trash Bar, where the show was held and where I spent many a drunken evening circa 2006, will succumb to Williamsburg’s insanely high rents.

December, all told, was a pretty quiet month and concluded with a trip home to Maine and a party with friends here in Brooklyn. I don’t have any huge conclusions about 2014 except that I think it was a year of building what’s to come next – it wasn’t a year of breakthroughs, but a slow turn towards figuring out what it means to live my life how I want it to be, in my 30s, here in Brooklyn.

Here’s to you and more adventures, opportunities and changes to learn and grow in 2015!